Posted on October 3, 2013 by edwarddaniell

A new race for offshore sailors, who want to sail along one of the most beautiful coastlines in the world, took place here recently. It started in Rijeka, Northern Croatia, and finished 277 nautical miles later at Porto Montenegro. What made this race so incredibly different was that it involved negotiating 1000 Adriatic islands in the process.

It started in front of the historic Port of Rijeka, with 11 boats competing from 8 countries, in a light south-westerly wind which developed into a “Bora” during the evening, with gusts of up to 30 knots. The winner was the Hungarian R/P 60 boat “Wild Joe” which crossed the finishing line setting up a record of 28 hours 45 minutes with a crew of 14. This professional yacht, once named “Wild Oats”, is a former winner of the Sydney/Hobart Yacht race.

I was fortunate enough to be part of this historic event as crew on “Mustique“, a Moody 66 with the skipper/owner Fin McQurran, Stefan Toskovic and Becki Milton. It was obvious from the start that we were not going to be one of the fastest boats in the race since “Mustique” is a luxury charter boat which, although equipped with a dishwasher and the best crockery (in other words, all the items you would expect for first class cruising), we weighed in at 40 tons, whilst our competitors were on average ten times lighter. However, we didn’t disgrace ourselves and completed in 55 hours, coming fifth in our class. Our finish was very spectacular as we crossed the line in a goosewing configuration with the gennaker on port side, and the main on starboard, but unfortunately all the photographers had gone home.

The last boat came in after more than 61 hours of sailing, which was well within the time limit of 72 hours. After the prize giving at Porto Montenegro for the first leg, the fleet then raced back to Rijeka – but without “Mustique”. 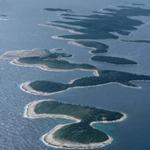 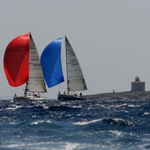 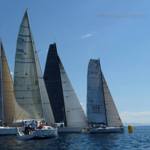 There is no doubt that after such a successful inaugural race, this has the potential to become an important event in the international racing calendar. I feel sure that there will be other professional crews trying to beat Wild Joe’s impressive record next year..!