Since its launch in 2007, the RC44 Championship Tour has established itself as a key series to compete in the international yacht racing circuit.

This year over the second week of April the RC44 fleet came to Porto Montenegro for the first time. The RC44 was conceived by the America’s Cup legend Russell Coutts along with Slovenian designer Andrey Justin, the boats are a lightweight construction, made entirely of carbon. The powerful sail plan makes exceptional down and upwind performances both in light and strong winds alike. 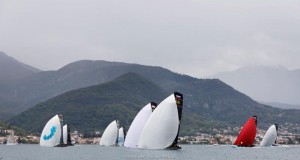 The crew of each RC44 is made up of a 50/50 split between professional sailors with America’s Cup and Olympic medallist status and amateurs with the amateur owner always at the helm. After a mixed bag of weather the overall winner was Igor Lah’s  ‘Ceeref’ with the Slovenian team and British tactician Adrian Stead. 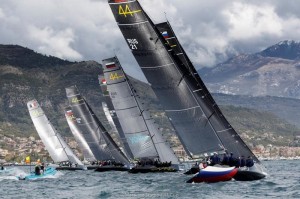 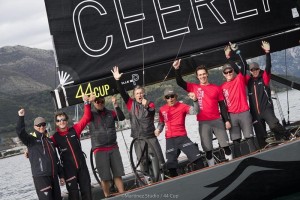 This entry was posted in Boats - Sail, Marina. Bookmark the permalink.