Posted on March 9, 2011 by edwarddaniell

After a 1,500 mile drive from the UK to Porto Montenegro, I’m happy to report that Montenegro Marine Services is “all systems go” and we are now ready to service our clients’ requirements in this very special part of the world.

But it was only when I was exiting the Channel Tunnel in glorious sunshine, after leaving a grey damp England, that I realised my new adventure was about to begin. Travelling across Europe 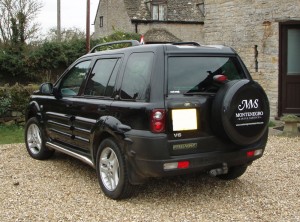 is always a revelation because of the condition of the roads – pot holes and repair crew don’t seem to exist. My 9 year old Land Rover Freelander managed to transport me effortlessly all the way. But the best was yet to come as far as road conditions were concerned:  from Slovenia to Dubrovnik, a recent motorway has been constructed with what must have been with a massive European loan.  Anyway, I involuntarily managed to help repay that loan to Slovenia, as, at the first abandoned toll station, police with binoculars were hiding.  I wasn’t displaying the required Vignette apparently, and after pleading ignorance of any warning of this system, I was shown photos of signs that are displayed upon entering the country.  As one of them was in English, I had no defence for this oversight, and was forced to pay a fine of €150!  Be warned if you plan the same trip by car.

With the newspapers full of the Libyan situation, I noticed a report in the Sunday Times which said that in 2009 Saif Gadaffi celebrated his 39th birthday party at a yacht marina and waterfront scheme in Montenegro.  Presumably, we must be in the same place – although I’m not so sure that he would be welcome here anymore given his new and ruthless reputation?