The weekend was spent in the spectacular Bjelasia Mountains at the Kolasin ski resort.  With ideal weather and a firm base of snow, it was magnificent!  That feeling was also enhanced by surviving the three and a half hour drive from Tivat without going over the edge of a mountain road.   Montenegrins have no fear of overtaking on hairpin bends, which was evident by the number of flower bunches denoting some sad accidents along the roadside.  I understand that Porto Montenegro Marina is c 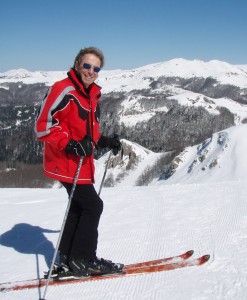 onsidering transferring guests by helicopter – a far better idea under the circumstances.

For those who ski or snow board, there are good runs to be had.   I understand that after a good dump of snow, the off-piste skiing is incredible.  Although some of the lifts need to be replaced, there is an excellent six- seater chair lift which has been recently installed.  And the pistes were very well groomed during the night hours, which made the first few ski runs truly awesome!   There’s also cross-country skiing available and the resort is advertising night skiing on the Saturdays.

I was very fortunate to be allowed to use the Porto Montenegro Marina’s chalet, which was shared by some of the crew of a super yacht in the marina.  What a marvellous facility that proved to be, and certainly a good way to keep crew happy during those long winter months.

Although Kolasin at 2,000m is closer to Tivat, there is another large resort at Zabljak in the Durmitor Mountains which is higher at over 2,600m. 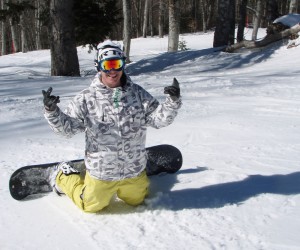 The drive down from the mountains proved to be as nerve racking as it was going up.  But this time, the police were out in force with their speed guns.  The cars which had been pulled over all appeared to have Albanian number plates – which begs the question, were they  trying to outrun locals or were they better game for the local constabulary?